Walter Isaacson's Steve Jobs was the first book I read on my Kindle. It took me about a month to read the book cover to cover but it worth every minute of it. This book couldn't have been more timely. Just as I was starting the book, I also began dabbling in web design. Within the first few chapters of the book, I came to realize the importance of design and user experience, which helped me design a more intuitive website for visitors to use. I also began to appreciate the beauty of making small components work together seamlessly in a complex system. This book is definitely one worth a revisit for inspiration and general reading pleasure.

You would find this an interesting read if you...

“People who know what they’re talking about don’t need PowerPoint.”

“The best way to predict the future is to invent it.”

“On the day he unveiled the Macintosh, a reporter from Popular Science asked Jobs what type of market research he had done. Jobs responded by scoffing, "Did Alexander Graham Bell do any market research before he invented the telephone?”

“You should never start a company with the goal of getting rich. Your goal should be making something you believe in and making a company that will last."
^This is one of the things that made me set my direction for this website as well, to focus on providing value to my readers for a long period of time, instead of trying to monetize my audience.

“Jobs insisted that Apple focus on just two or three priorities at a time. “There is no one better at turning off the noise that is going on around him,” Cook said. “That allows him to focus on a few things and say no to many things. Few people are really good at that.”
^ I realize that this is something that I need to work on. I've always been one to move from one thing to the next very quickly. So far, that hasn't significantly compromised the quality of my work but I would have to work on focusing on making a few of my projects great instead of being distracted by all the potential around me.

“He had the attitude that he could do anything, and therefore so can you. He put his life in my hands. So that made me do something I didn't think I could do.... If you trust him, you can do things. If he's decided that something should happen, then he's just going to make it happen. (Elizabeth Holmes)”

“I want it to be as beautiful as possible, even if it's inside the box. A great carpenter isn't going to use lousy wood for the back of a cabinet, even though nobody's going to see it.”

“There would be times when we'd rack our brains on a user interface problem, and think we'd considered every option, and he would go, " Did you think of this? " said Fadell. " And then we'd all go, " Holy Shit." He'd redefine the problem or approach, and our little problem would go away.”

Walter Isaacson’s authorized biography, Steve Jobs, based on more than forty interviews with Jobs, starts with Jobs’s birth to two graduate students who gave him up for adoption. His birth parents were adamant their son be raised by college graduates who would make his education a priority. Upon learning about Paul and Clara Jobs, they agreed to allow the couple to adopt the boy with the promise that they would fund Steve’s education. As the book begins, Isaacson provides a history of Jobs’s adoptive parents. Paul Jobs was a member of the US Coast Guard during the Second World War. His wife, Clara, was the daughter of Armenian refugees who fled the region during the Turkish conflict. The couple moved to San Francisco in 1952. The narrative then shifts to Jobs’s biological parents. His mother, Joanne Schieble, a devout Catholic, fell in love with a Muslim man and became pregnant. As her father forbade them to marry and abortion was frowned upon in their strict Catholic community, the couple decided to give their infant son up for adoption.

Isaacson chronicles Jobs’s relationship with his business partner and co-creator of Apple, Steve Wozniak (Woz). The two met while attending the same electronics class and soon realized that their ideas and goals were similar. Before long, the two developed, not only a lasting friendship but a working relationship that would revolutionize the technology industry for decades to come. Wozniak, who was four years older than Jobs, developed a connection with Jobs by comparing the different pranks and projects they were both involved in. Wozniak’s father always emphasized the value of honesty and the value of not always needing to be the man at the top of the totem pole. Isaacson then switches his focus to Wozniak’s early years. He examines aspects of Woz’s life that shaped him both as a man and an entrepreneur, including the time he spent a night in a juvenile detention center as a consequence of making a fake bomb.

Isaacson examines more of Jobs’s life experiences, such as his introduction to Chrisann Brennan in 1972, who would become his first girlfriend. During this period, Jobs began experimenting with various changes to his lifestyle, including an exploration of vegetarianism and his fixation with LSD. Jobs recounts various events surrounding his LSD addiction. During one incident, Jobs hallucinated that a wheat field was playing a Bach composition. He also shares stories of his time with his girlfriend Chrisann. Jobs also entered college in 1972. His adoptive parents tried to convince him to attend Stamford or Berkley, but Jobs had his eyes set on Reed College. Their pressure had such an effect on him that, even after they relented, Jobs would not allow his parents to visit him on campus, a decision he later regretted.

Jobs attended undergraduate school for two years until, in 1974, he left Reed College and began looking for work. Eventually, he landed a job at Atari. The author illustrates the somewhat flamboyant attitude that would follow Jobs throughout his life by recounting an instance at Atari where Jobs barged in and demanded he be hired. His attitude ostracized Jobs from the Atari culture; his supervisors relegated him to the night shift because of his body odor and the fact that no one wanted to work with him due in no small part to his arrogance. However, Jobs’s time at Atari provided the blueprint for what would become a lifelong appreciation for mingling simplicity with elegant design. The simplistic directions of one of the games produced by the company, “Insert Coin, Avoid Klingons,” resonated with Jobs. Much of what he learned there would be applied to subsequent jobs, including his creation of one of the most prominent tech companies in the world. Isaacson also focuses on the relationships Jobs formed while at Atari. One, Ron Wayne, would eventually become one of the co-founders of Apple Computer.

The cultural climate of the early-mid 1970s had as much influence on Jobs as did his stints at various companies. The author recounts not only the pop culture landscape of the period but the goings on in the tech world as well. Bill Gates and Paul Allen were working on their versions of the BASIC programming language, and the birth of the modern PC became known as the new LSD. It is against this backdrop that Isaacson portrays the influences that impacted Jobs’s life and work. Among them were the rise of the Grateful Dead and the Whole Earth Catalog, which sold equipment and materials geared towards education. Jobs was very much a fan of the Catalog. Its motto, “Stay Hungry, Stay Foolish,” resonated with him for the rest of his life. It was during this time that Jobs began working on the first Apple computer and pitching it to various companies. He had begun working for Hewlett-Packard, a job which gave him access to the resources and brainpower needed to perfect his initial design. Also during this time, dissension began among the Apple co-founders, specifically Wozniak, whose father was concerned that his son would not receive the same equity and esteem as Jobs.

Despite personal and professional setbacks, Apple Computers skyrocketed both in brand recognition and usability with the launch of the first Mac in 1984. Although the company experienced an initial loss of sales due to the ubiquity and market share of IBM, Steve’s ingenuity and creative prowess provided the springboard for a marketing campaign that drastically increased the company’s popularity. One of the most defining moments came just prior to the launch of the Mac, as Steve began brainstorming commercial ideas for his new brainchild. The result was the famous 1984 Macintosh Superbowl commercial, highly regarded as one of the greatest commercials of all time.

Isaacson concludes the book by reiterating Jobs’s position as one of the great innovators of the twentieth century. His contributions to personal computing, smartphones, animated films, and tablet computing elevate him to the status of such giants as Thomas Edison and Henry Ford, whose technological prowess will affect the lives of countless generations to come.

There's this framework many readers use to measure the quality of biographies/autobiographies.

A great biography consists of 3 parts :

It goes without saying that Jobs is an intriguing figure. With his searingly intense personality and passion for perfection, he successfully revolutionized six industries: personal computers, animated movies, music, phones, tablet computing, and digital publishing. One of the most interesting thing about him for me is his Reality Distortion Field. It is definitely his most important tool in his arsenal as it drove the people around him to accomplish remarkable feats of engineering. Jobs is undoubtedly one of the very few who "left a dent in the universe" as he always intended to do, and he did so with his unique style.

Isaacson did a tremendous job with this biography. He managed to arrange the chapters such that it was largely chronological, although some parts had their timeline overlapped. This is extremely hard to do when the subject is a man who had so much going on around him and in different areas of his life. (Apple, Pixar, family etc) I didn't feel the temptation to skip over any chapters because his narration was incredibly engaging, even when describing the dull parts of Jobs' life.

In terms of accuracy, Isaacson asserted that although Jobs authorized him to write this biography, he did not request to read what Isaacson wrote nor did he controlled what Isaacson wanted to write. Isaacson also ran more than 40 interviews over the period of 2 years when writing this book. In several parts throughout the book, he explicitly stated the parts where the statements he collected from different parties were conflicted.

All in all, I would definitely recommend this book to anyone who has the time and patience to read a 600+ page biography on one of the biggest Silicon Valley titan to ever walk the face of Earth. There are so many virtues to be learned from Jobs, not just those he practiced, but also those he didn't. Although I was slighly hesitant to start the book due to the sheer number of pages, I decided to maximise the novelty of my new Kindle to get over my reluctance to read thick books. (Read more about 'Riding the Dopamine Wave' here) Probably the best decision of my month. 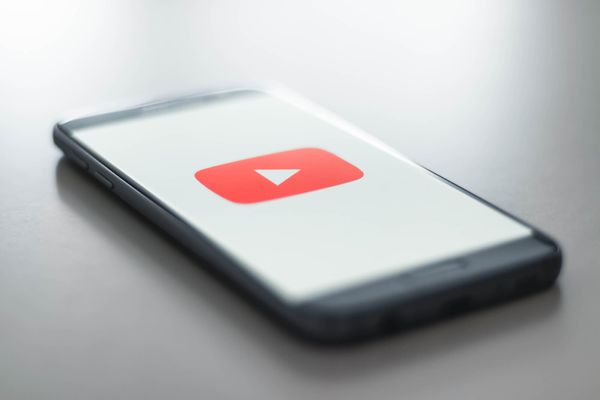 DISCLAIMER : This post is for A-Levels Economics, Physics and Double Mathematics students. I couldn't include all the subjects in the title because it would be long and chunky. Sorry for the click-baity title🙇‍♂️🙇‍♂️ 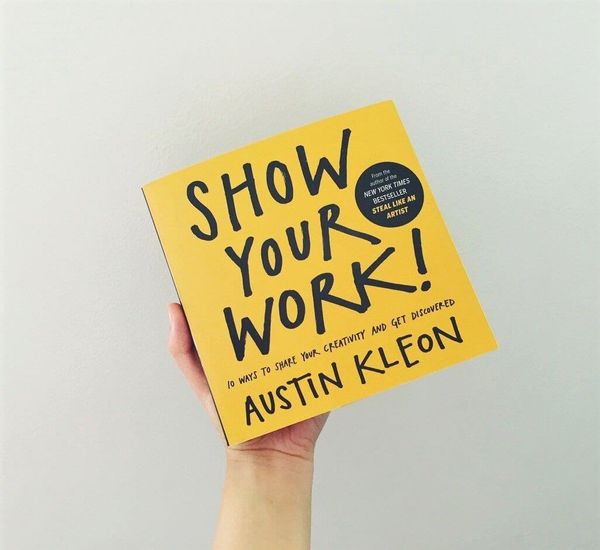 ⭐⭐⭐⭐⭐(5/5) This book was one of the things that pushed me over the edge and got me starting this personal website. Highly recommend it for anyone looking to start putting their work online.